Check out this podcast interview in which Bryan Schwartzman of Reconstructing Judaism asks me about some of the things I’ve been blogging about lately re Israel and Palestine: https://evolve.fireside.fm/28

Note: this article was published for Evolve, a project of Reconstructing Judaism. This blog post only contains the beginning of the article, and then provides a link to the full article on Evolve.

So much has been written about the decision by Ben & Jerry’s corporate board last spring to stop selling ice cream in the West Bank that one might think there’s nothing more worth saying about it. As the dust settles, I think there are some important things that the controversy has revealed about the way Americans talk about the Israeli-Palestinian conflict and the way the thorny topic of boycotts is discussed in the progressive Jewish community.

Supporters and opponents of boycotting Israel see their position as an urgent moral calling, and as a result, the public debate about Israel/Palestine often takes on the hardest lines of opinion that both activist bases promote. Here’s how I understand the way in which both camps narrate and morally frame their positions.

Pro-boycotters often argue that boycotting is a time-honored non-violent form of activism, and that people should boycott Israel until several goals are achieved: ending the occupation of the West Bank, removing the blockade of Gaza, and granting all Palestinian refugees and their descendants the right to return to their homes and lands. The status quo on each of these issues is, for the boycott movement, an intolerable injustice that must be resisted with non-violent, worldwide non-cooperation with the responsible regime. The BDS (Boycott, Divestment, Sanctions) movement wants to end the daily human rights abuses and indignities that Israel imposes on Palestinians and draws inspiration from the boycott of apartheid South Africa. The movement is agnostic on the question of whether, once its desired goals are achieved, there should be a final political arrangement that includes a Jewish state alongside a Palestinian state, and many BDS supporters regard even the minimalist aims of Zionism—the secure existence of a Jewish and democratic state in some part of the Jewish people’s ancient homeland—as an inherently unjust project that must be replaced.

To read the rest of this essay, click here.

You can also listen to the entire essay at the following link: https://anchor.fm/maurice-d-harris/episodes/Who–If-Anyone–Should-be-Boycotted–The-Ben-and-Jerrys-Controversy-e1ca55p

Since it seems the current US Administration and the now-forming right-wing government in Israel have both agreed that the “two-state solution has failed,” to quote Jared Kushner, I’ve taken it upon myself to come up with my own “deal of the century.” 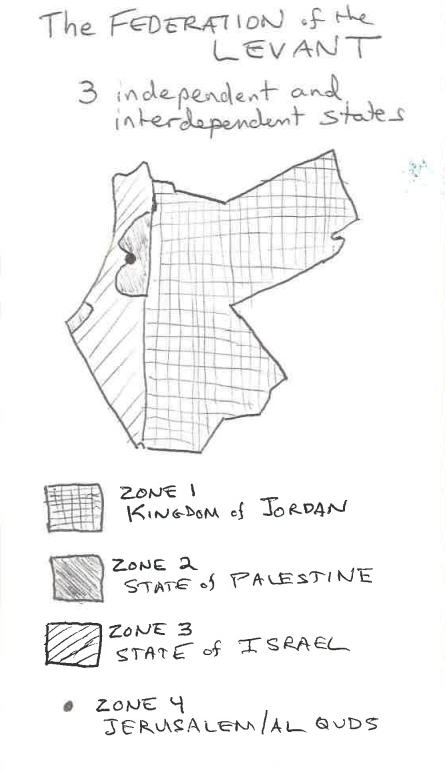 I propose the establishment of a new federated single state that hearkens back to the original territory that comprised the British Mandate following World War I. The Federation of the Levant will consist of 3 states, which will be independent and interdependent.

The 3 federated states will be:

The Hashemite Kingdom of Jordan

The State of Palestine

The State of Israel

A special status will apply to the Municipality of Jerusalem / Al Quds.

This proposal will address the following issues:

END_OF_DOCUMENT_TOKEN_TO_BE_REPLACED

This is an essay I wrote on behalf of Reconstructing Judaism. You can check it out at: 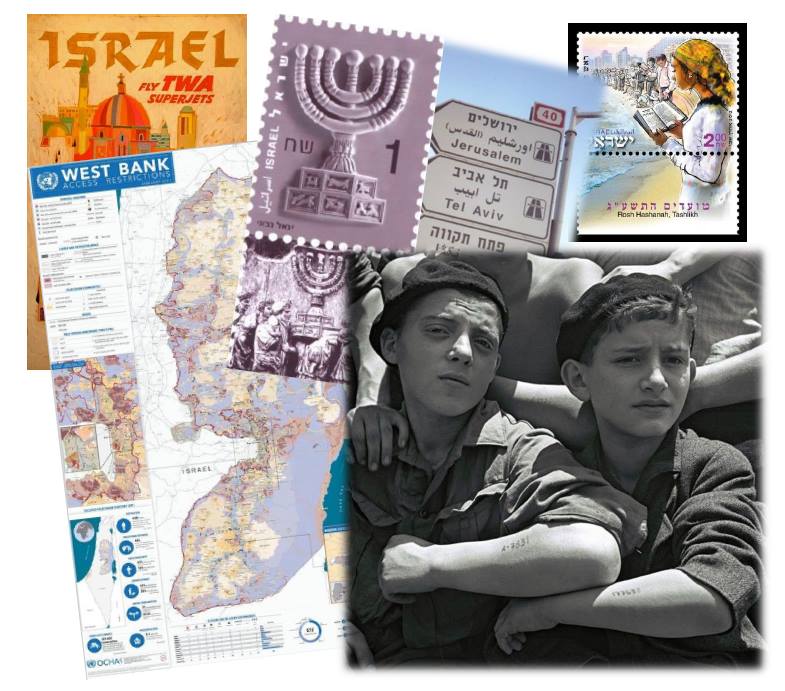 This is a new series of posts I’m going to work on, in which I debunk BA’s (bogus arguments) that are often made, on one side or the other, about the Israeli-Palestinian conflict (or the wider Arab-Israeli conflict, etc.).

Today’s Bogus Argument: “Settlements aren’t really an obstacle to peace,” often claimed by AIPAC supporters and other apologists for the Netanyahu gov’t. Actually, even though the argument often gets stated the way I just phrased it, what those making the argument usually mean when they say this is that Israeli announcements of plans to build new housing units within the large settlement blocs abutting Jerusalem are not really an obstacle to peace.

Usually it is supported by two claims: one, that Palestinian complaints are disingenuous because both sides already know that a final status agreement would preserve the major Jerusalem settlement blocs within Israel and there would be compensatory land swaps to the Palestinian state; and two, that the Palestinians had previously engaged in negotiations w/o too much fuss despite periodic new Israeli building in the blocs.

Therefore, the argument goes, these Palestinian complaints (and those made by groups like Peace Now, J Street, and various Knesset members in the opposition) are disingenuous. The Palestinians, according to this theory, only complain over this for strategic and negotiating purposes, not because they are actually upset about new Jewish housing being built in neighborhoods that everyone knows will eventually be part of Israel. No, they press these complaints fully knowing them to be without merit, because they are actually not interested in going back to negotiations with Israel, and because they are not serious about accepting Israel’s right to exist as part of a two-state final status agreement. By insisting that Israel cease and desist from new construction in all the settlements, the Palestinians are, supposedly, making an unreasonable demand they know Israel won’t accept, and by doing so they are deliberately sabotaging peace talks and building up global animosity towards Israel as part of a long-term plan to one day get back all of what was British-ruled Palestine.

This line of reasoning, and its dismissal of Palestinian objections to new settlement construction, is, in my humble opinion, completely bogus. It’s wrong.